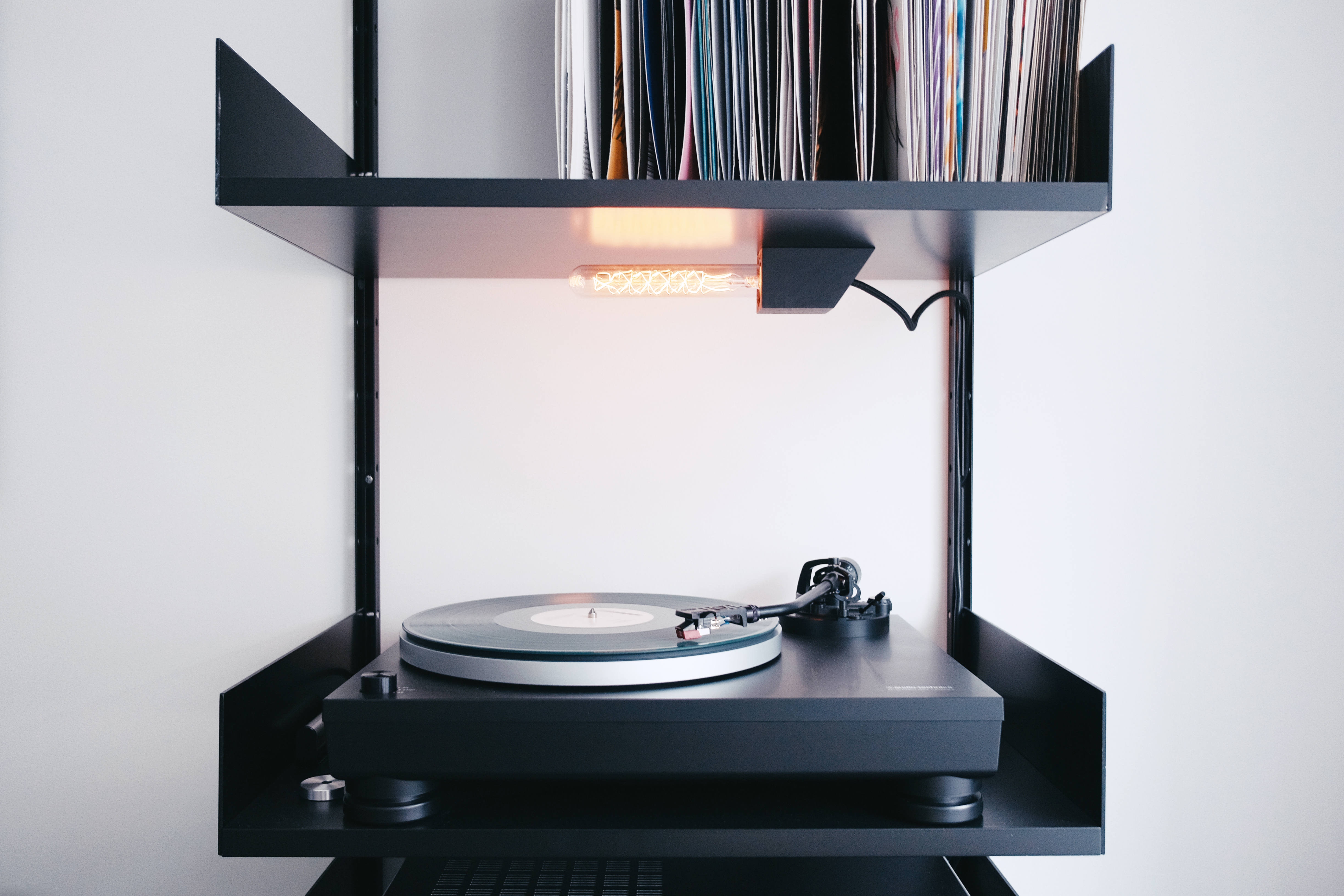 Vinyl nearly died in the mid 2000s, but today it accounts for nearly one in 10 of all physical purchases in the UK.  The ubiquitous music streaming services are now responsible for the majority of music consumption and CD sales are on the decline, but Vinyl has bucked the trend and found a niche, accounting for 4.1m new album sales in 2017 (up from just 210,000 in 2007). Part of this may be due to an initiative called Record Store Day that started in 2008. For anyone who (like me) is a complete noob (this is a fairly recent addition to my vocabulary gleaned from my oldest step son) on this subject, this is one day a year when over 200 independent record stores (and they do have to be independent) join together to celebrate vinyl culture.

Music consumption has changed significantly between generations – I recall with great fondness the excitement of visiting our local record store (sadly now defunct) as a teenager and getting the latest release on vinyl with my hard earned money.  The whole thing was an experience, from the planning, the saving, the buying, to the consuming.  Consumption started with the return home on the train: admiring the artwork, reading the lyrics and liner notes, and finally, in front of my turntable to spend some undisturbed time listening to the record at least a couple of times (no skipping, in the order the album was designed to be played). Fast forward to today and my children do not really understand the concept of an album, never mind the use of physical media. They live in a world of Spotify playlists and skipping to the next track before the current track has finished – it’s sadly become so immediate.

My re-engagement with vinyl in 2018 was thanks to my wife getting me an excellent Christmas present – a new turntable (how many people still have and use the separate hi-fi systems that were all the rage in the 1980s/90s?). This allowed me to retrieve my vinyl collection from the garage and re-familiarise myself with it. It also gave me licence to buy some of my favourite albums released in this millennium, most of which I do already own on CD. I am now to the tune of £20-30 lighter for each of those vinyl – the record company and presumably artist are happy!  The main challenge now is finding time to sit down and listen to them, and I admit digital has made me lazy, it’s so much easier to navigate to tracks or albums on Spotify but is it as pleasurable?

So back to Record Store day – in a previous blog about Christmas shopping, I referred to Record Store Day as an initiative to drive footfall into independent record stores.  This year the big day is Saturday 13thApril.  It will be a fairly prestigious event, with artists releasing special limited edition vinyl one offs just for that day, and many shops and cities hosting events and artist performances for the day.   Participating stores have to sign a code of conduct which includes no pre-orders, no selling it online for a week, not permitting people to buy multiple copies and to sell at a fair price.  I am reliably informed that the organisers have mystery shoppers who do check that stores comply with the rules.

The only down side I can see to the initiative is those people who inevitably try to profit by selling their purchases on e-bay.  My limited research shows that for a selection of just 6 releases from RSD 2018 the cost to buy all 6 releases on RSD should have been £133 but now the same releases purchased online will set you back £212 (a 59% increase) plus postage.

Determine which local stores are participating and ensure that you are going to a city destination where there is more than one store to maximise your chance of success.

Participating stores will have different opening times so plan a route and also plan what vinyl you require, ideally in a priority order.

This will ensure the store has the vinyl you require on order, and it’s also worth asking how many copies they secured (some releases will be strictly limited to 1 or 2 copies per store).

Some of the more popular stores are open early (the one I’m off to is open at 7.30am!) and people can be known to queue from the night before. It all depends how much you want a particular record.

If in the queue with a friend, it could be advisable to survey the people in front to determine what vinyl they are after – this way you will at least know if you have a chance!

If all else fails, try online a week later!

What has this to do with retail or spatial analytics?  It’s a great initiative that serves to drive footfall into Record Stores, although one day’s worth of inflated footfall and trade is hardly going to ensure the store is solvent for the year ahead.  Clearly there is a spatial element to the distribution of participating stores and there will be local skews to the demand for specific artists.

My analytical mind has also been speculating on what the drivers of demand for the growth in vinyl are.  Is it dominated by quantities of nostalgia seeking, middle aged, middle class, along with the 20 something hipsters?  You would think that there would be disproportionate under-representation from the under 20s – given the cost of a single vinyl album will typically equate to at least 2 months subscription to unlimited tunes on Spotify at home and on the move. However, it may once again become a bragging point of the teenager, or student who is in the know, as to what album or new release they have managed to bag on vinyl. After all they are the generation whose parents grew up with vinyl and appreciated the sound quality and aesthetics of a record.

Click here to find out more about record store day.

One thought on “The Vinyl Countdown”

Getting out of your comfort zone

What did I achieve in lockdown?