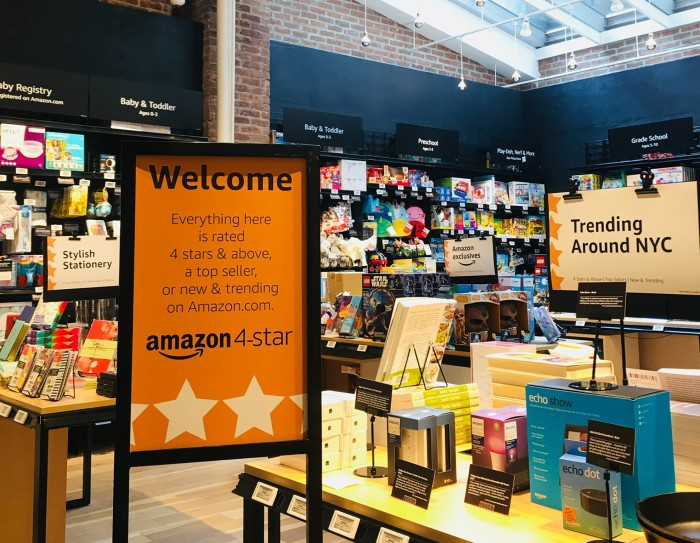 The move to Bricks and Mortar

Last week, Amazon announced their ambitious plans to expand the “Go” convenience format, with its infamous “just walk out” technology, to 3,000 stores across the US by 2021. This is in addition to the numerous book stores, Amazon Fresh pick up locations, and this week Amazon 4 Star in New York. But it isn’t just Amazon, lots of pure play ecommerce retailers are experimenting and rapidly expanding their physical footprint.

This may seem counterintuitive given the amount of store closures, administrations and in the case of China abandoned projects. However as more legacy retailers either rationalise their portfolios or close completely it is freeing up prime real estate opportunities for ecommerce retailers to showcase their brands in some of the worlds global cities and deliver a customer experience which cannot exclusively be achieved online.

So is physical retail dead?

Most retailers are not simply closing stores because physical retail is dead it is primarily down to a lack of modernisation of their proposition and customer experience. These spaces are just no longer as attractive places to visit as they once were. In the UK you could blame the well-publicised occupancy headwinds of high rents and business rates, which have certainly played their part.  In the US, New York aside, these headwinds are not the same however closures are occurring at an even faster rate. Over 150 million sq. ft of space was lost in the US in 2017. Despite Amazon controlling nearly 50% of the US ecommerce market bricks and mortar is still estimated to account for 80% of US retail sales in 2020 according to McKinsey & Company.

What are the benefits of having a physical presence?

Bricks and mortar stores have the potential to become a seamless part of your supply chain. Small shops act as mini fulfilment centres where retailers can cut their logistics costs and service a set geography better. They also help to resolve some of the inefficiencies in servicing the last mile.  Away from logistics they provide an additional platform to showcase your brand, push membership and subscription services, highlight a curated selection of products and in some cases are multi-functional spaces depending on the time of day with VIP events, music and hospitality.  Physical space is also easier to individualise and personalise than a webpage or app. They can provide customer insight and behaviours that you may not be able to observe from all the big data and algorithms built from an online platform.   The volume of established retailers and starts ups now selling online is increasing exponentially, therefore physical stores help you to get noticed and stand out from the crowd.

Observations from the UK, US and China 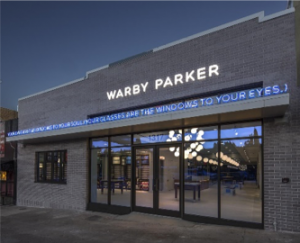 The scale of physical stores being opened by ecommerce retailers varies dramatically depending on which market you are in. In the UK it has started with pop up stores rather than signing longer lease terms and is very much in its infancy. Some online clothing retailers have opened physical stores only to quickly retract.  In the US there is more of a commitment but with very favourable terms as landlords compete with one another in the fight to rejuvenate their centres. Warby Parker (eyewear), now boasts 85 stores and has been extremely selective in selecting the best lifestyle centre in each market it has opened in. 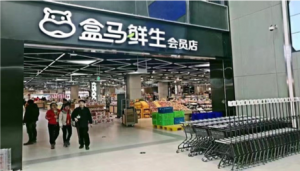 In China expansion is more aggressive. This reflects the very different evolution of retail. Like the US and UK, China has an abundance of excess retail space in more affluent coastal areas. This is primarily down to overdevelopment and anticipation of the growth of physical retail which never came to fruition. Many interior provinces remain underserved by physical retail and ecommerce has plugged that gap. Alibaba has been more aggressive than Amazon in its domestic market. Last year it acquired property owner Intime Retail (32 department stores & 30 shopping malls). Alibaba has significant shareholdings in electronics retailer Sunning as well as supermarket retailers Llanhua and Sun Art who have thousands of supermarkets between them. It has also grown organically opening the Hema supermarket chain, with over 60 stores to date and technology similar to Amazon Go.

It’s fair to say that physical retail is undergoing a major reinvention and traditional ecommerce retailers will play a part in shaping their future. Whether these operators need the physical footprint of a pure bricks and mortar retailer only time will tell. A chain of 3,000 Amazon Go convenience stores in the US is still quite small versus nearly 8,000 Seven Elevens.