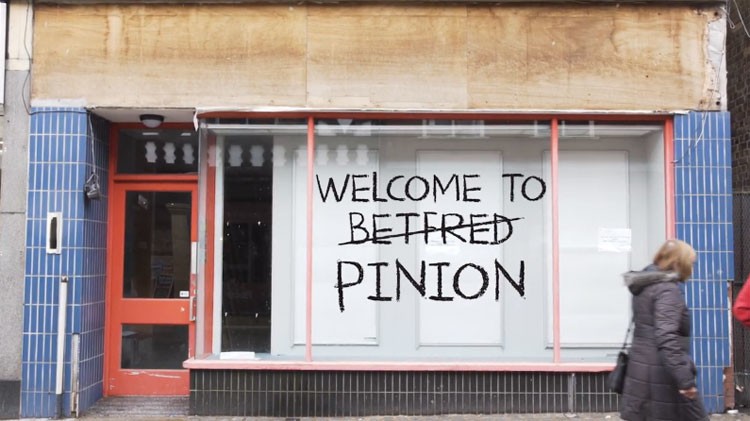 Can a new restaurant be the catalyst for town centre regeneration?

Those of you who follow food and beverage (F&B) news in the North West may well have heard about Elite Bistro Group (EBG).  Headed up by refreshingly no-nonsense Gary Usher (folk who are not offended by flavoursome language check out @stickywalnut) they have four restaurants, three of which have been crowd funded. Having hit the scene with the opening of Sticky Walnut in Hoole, Chester in January 2011,  Burnt Truffle, their second restaurant was opened with Kickstarter funding in July 2015 in Heswall, followed by Hispi in Didsbury, in September 2016.

I watched through social media as they launched a crowdfunding campaign to get their first City centre restaurant going, Wreckfish, which opened in Liverpool in October 2017.  This crowdfunding smashed records in May 2017, raising over £200k in 28 days.  They quickly followed this up with a 24 hour funding campaign in June 2018 to help get new Bistro Pinion off the ground.  This exceeded all expectations again, with £86,624 pledged off a target of £50,000. I am very proud to have contributed to this pledge.  Their next planned venture is not crowd funded Kala will be opening shortly in King Street, Manchester.

Whilst all the previous EBG restaurants are located in either relatively affluent, thriving local neighbourhoods or city centre locations, the location of Pinion is slightly different. Opening in a former Betfred unit in Prescot town centre, it is an unusual place to find a bistro of this kind.  If the guys at Elite Bistro Group can make it work in somewhere like Prescot then this could work in numerous satellite towns across the UK.  Prescot town centre is bereft of any significant retail comparison goods offer.  The Cables Retail Park, a residential street away from the town centre, boasts a Tesco Extra, Outfit, Next, TK Maxx, and Boots, and seems to have helped accelerate the demise of the town centre as a retail destination.  The town clearly can’t compete with the impacts of larger centres such as Liverpool and Warrington, as well as the well trodden impact of online.

The renaissance of a town

Pinion, opening on 22nd September, is hoping to kickstart the renaissance of the town which is working towards a new identity. Prescot gained notoriety for being namechecked on the front page of the New York Times as an example of the failing austerity measures entitled “Britain’s big squeeze”. This is going to change, and Pinion will play its part in the town’s regeneration. The town will become host to the Shakespeare North Playhouse which is due to open in 2020.   The Knowsley Council Prescot Town Centre Masterplan acknowledges the challenge that the town currently has no significant retail, heritage, cultural or leisure anchor driving footfall.

This Masterplan has ambitious objectives: ‘By 2028 Prescot Town Centre will be a thriving attractive destination with a successful evening economy for local residents and visitors.  It will offer a distinctive mix of uses including new cultural and leisure facilities, a consolidated and reinvigorated independent based retail offer, and excellent local services, supported by new residential development that will enable more people to live in the heart of the town.’

Hot on the heels of Pinion the Albion Bakehouse, an existing F&B offering in Prescot, are looking to open a second premise nearby.  They have also turned to Kickstarter with a £31,856 pledge of a £30,000 goal.

Customer draw is the key

Key to Prescot’s success is how the town can leverage the opening of Pininion, and the future theatre, to ensure that the customer draw of these attractions is exploited to the benefit of the wider town centre. This will mean other entrepreneurs following EBGs initiative and investing in Prescot.

Customer draw is important, my wife and I are a case in point. We live in Cheshire and have specifically taken time to visit two of EBG’s restaurants (so far): Sticky Walnut, our nearest restaurant in Chester, for our anniversary in May and then Wreckfish in Liverpool in July (where I spent the voucher I got as part of my kickstart pledge for Pinion).  Both were fantastic culinary experiences, with superb service, amazing ambiance, but within very different dining environments.  We are planning on taking some friends to Pinion in October.

Prior to Pinion I just wouldn’t have thought of having an evening in Prescot and, depending on the experience (based on previous I am very hopeful), it may not be the last.   We live 30 minutes away from Prescot and Pinion will inevitably influence the catchment area of Prescot in a positive way, certainly more than the Betfred that previously occupied the unit. In my O’Pinion (excuse the pun)  this shows how the right F&B destination can be a catalyst for town centre regeneration.

One thought on “Can a new restaurant be the catalyst for town centre regeneration?”